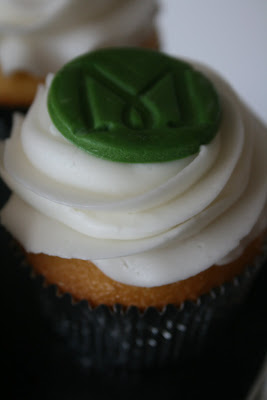 These were made for a good friend of mine who is throwing a 20th anniversary for her in laws. (what a great daughter in law huh?!!)
She is creating a dessert buffet with cupcakes, candy and cake balls (below) using the 20th anniversary colors (emerald green and white) with a splash of silver. We decided to do silver cupcake liners with white icing and green monogram cupcake toppers, "M" to represent the couple's last name. 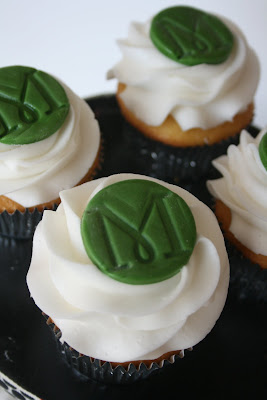 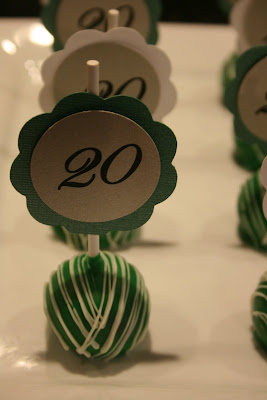 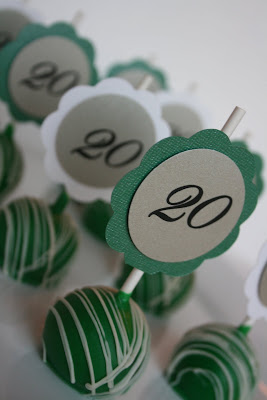