Today our little Charlie turned ONE!!!
Happy Birthday Charlie Boy!!!
Bailey was dying to throw him a party so after hours of her begging and pleading (ok, maybe she asked once...or maybe the whole thing was my idea) I decided it wouldn't be a bad idea! He IS the best dog in the world after all. He deserves it!
PAW-TY on!
Its a YAPPY Birthday Party for our little King Charlie! 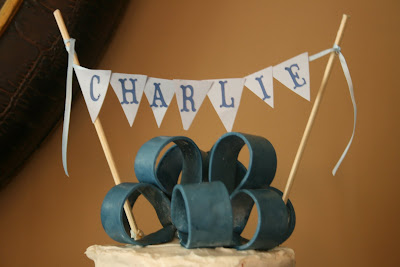 Charlie is very proud of his name (its one of the few human words he knows) so I felt I needed to include it on the cake somehow. ;) 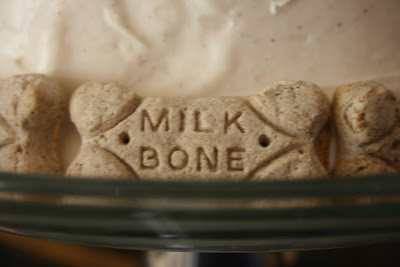 Dog treats as a border...easy and very appropriate!!
. 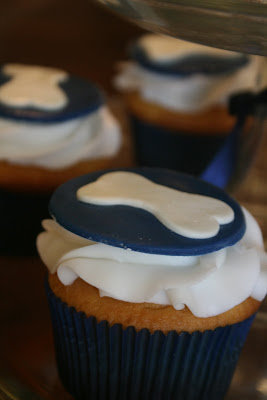 Cupcakes for the humans.

.
The girls were very excited about the endeavor of creating a dog cake so they helped! 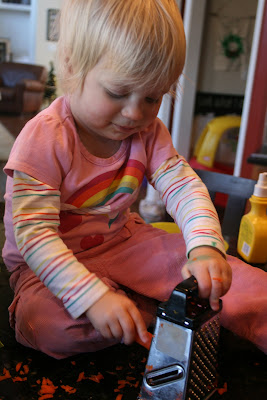 Olivia helped shred carrots (she was fascinated watching me do it and just HAD to try it for herself). 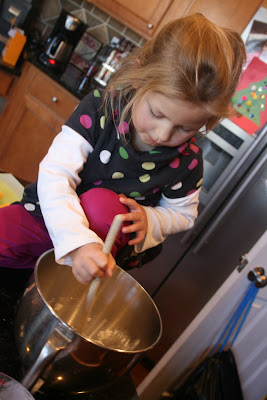 Bailey added all ingredients and was in charge of stirring.

She was a little concerned with the way the cake batter looked...she is used to yummy batter and this definitely doesn't look the same! lol 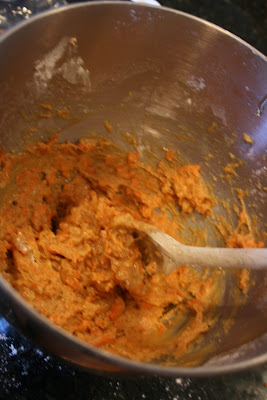 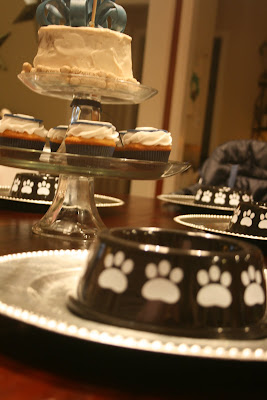 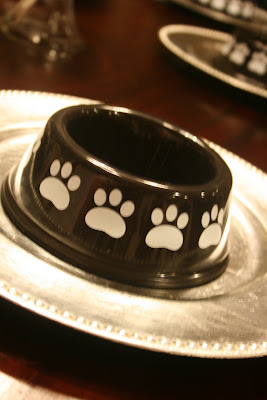 It took forever for poor Charlie's buddies to arrive. He thought he was going to die of boredom!! 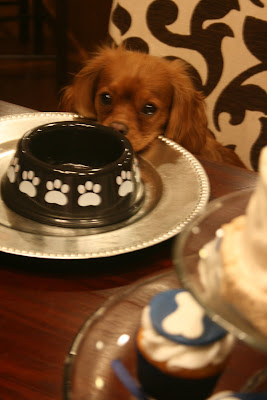 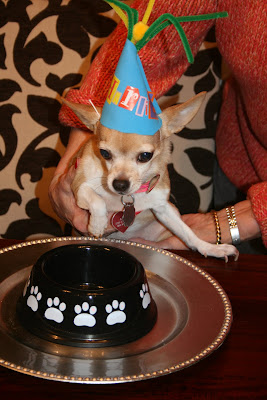 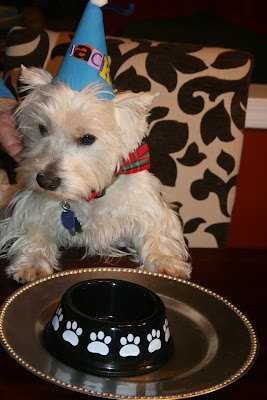 After a few minutes of mad chaos as the dogs greeted each other with lots of running and kissing, trips outside to the bathroom and bickering over toys...it was time to be seated. 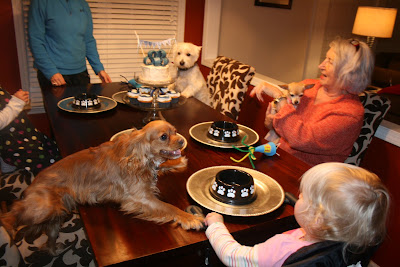 Charlie, the typical excited birthday boy wiggling all over the table in anticipation. 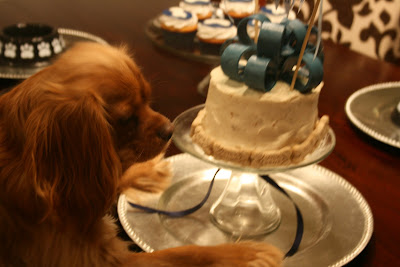 We sang happy birthday..
And then served out cake!!! 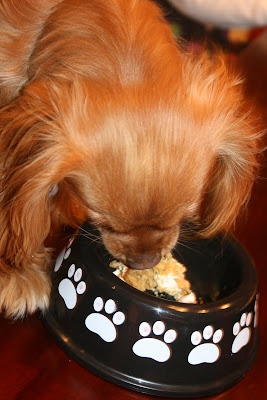 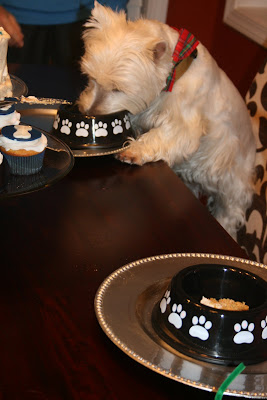 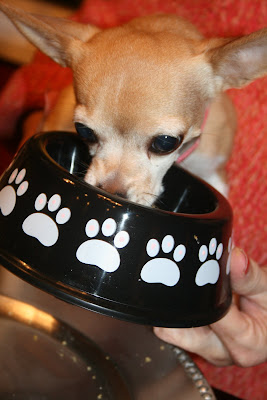 The dogs were pleased with their peanut butter/carrot cake. ;)
Then we opened presents and let the dogs fight over the squeaky toys that Charlie got for his birthday. Charlie is a notoriously terrible sharer so most of the scuffling was him trying to keep tabs on his new stuff! Something we'll need to work on in the future. ;)
.
At the end of the night the guests were sent home with goodie bags consisting of Milk Bone dog treats, a squeaky toy and a yummy dog bone. 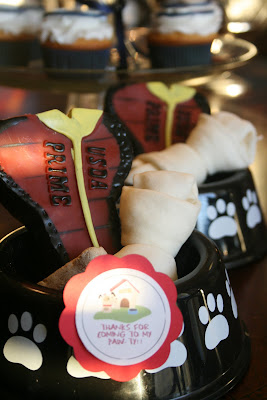 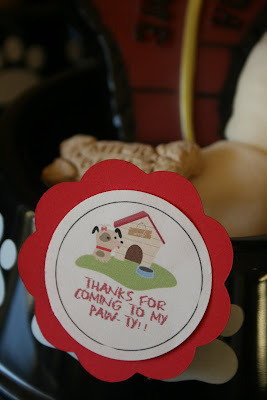