According to my calendar, today is officially the FIRST day of summer!!! (judging my outrageously high AC bill I'd say we're about 1/2 way into summer by now, but what do I know...the calendar is the one with all the power.)

So in honor of the first day summer I made a batch of ice cream cupcakes! 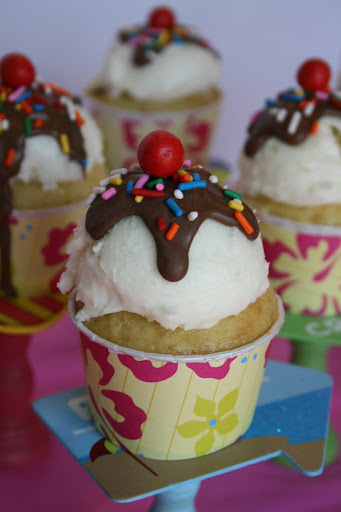 The only thing about these ice cream cupcakes is the ice cream won't melt!

In fact like most things here in Georgia during the summer, they're not even cold!

Sit them outside for an hour or two and they'll still look the same way. :) 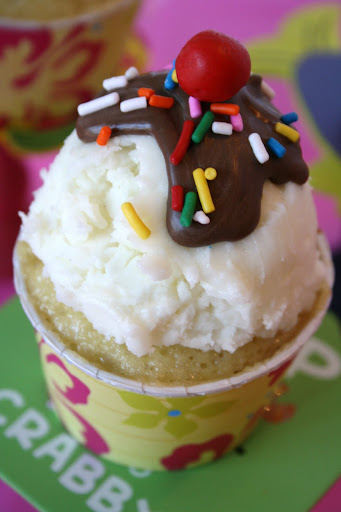 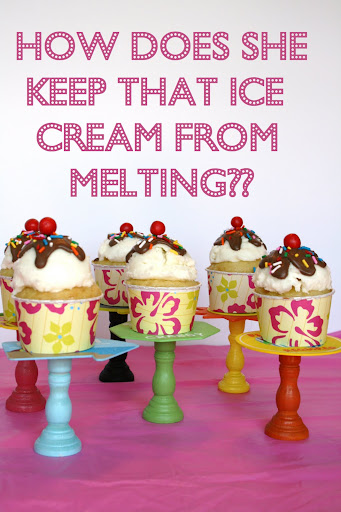 Its not melting b/c its not ice cream. :) Its buttercream icing!
(if there is anything better to kids than ice cream its a HUGE mound of icing on top of a cupcake) ;)


They're so easy and you don't have to be a cake decorator to do them!


Just make a batch of buttercream icing, stick it in the freezer or refrigerator, let it harden and then use an ice cream scooper to scoop out the icing. Stick it on top, drizzle some chocolate candy melts on top, add some sprinkles and top off with a fondant cherry.

It doesn't get any easier than that!! 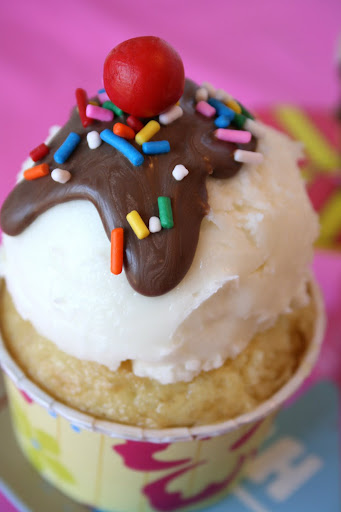 I mean, they really look like they're topped off with ice cream don't they!?!?
I love it! 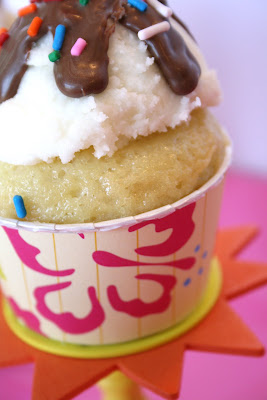 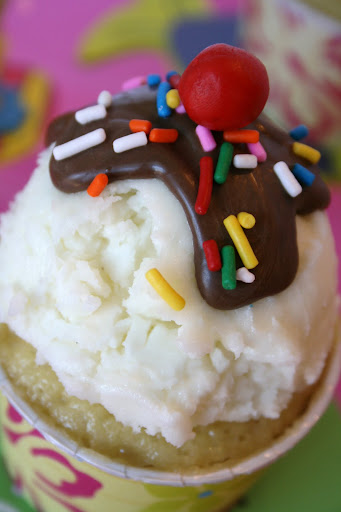 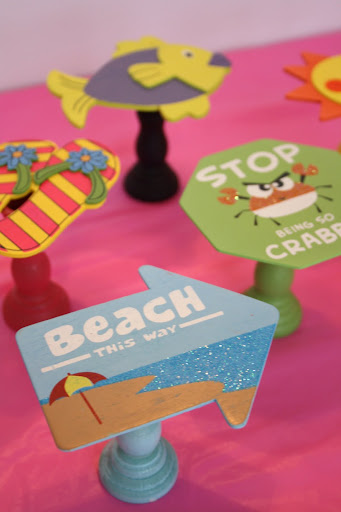 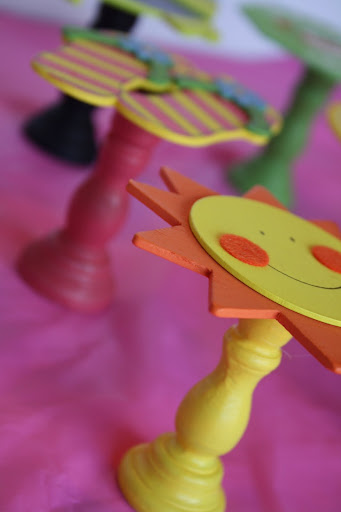 Another little summer tip....gotta check out this fun freebie over at Shindig Parties To Go. Cute little cupcake toppers and bubble wrappers perfect for a summer party! 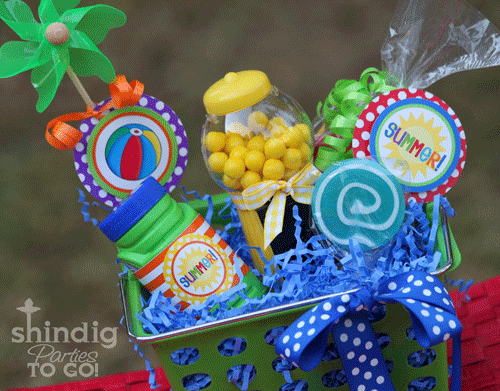