If you have a baby you may know who VocabuLARRY is.  If not, here is a picture... 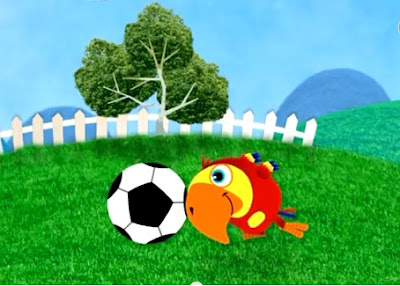 He is a silly parrot who can be seen on BabyFirstTV.com. Basically he is considered pretty cool among small people and it just so happens he has a realllly big fan that lives in my neighborhood.  Her name is Lauren and she just turned ONE!   She loves this Larry parrot character so her mom knew just what she wanted when it was time for a cake. 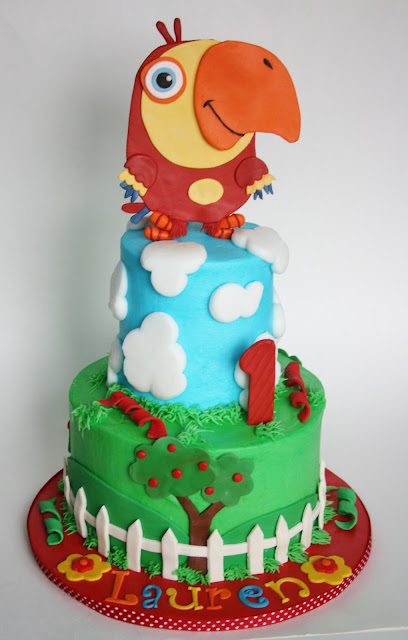 We went with sky/clouds and a grassy/white picket fence two tier to mimic the background in many of the VocabuLARRY episodes. 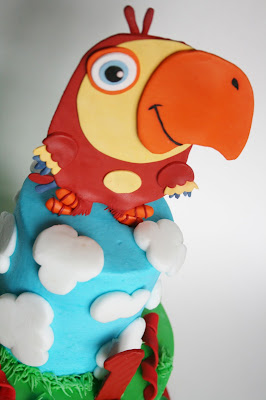 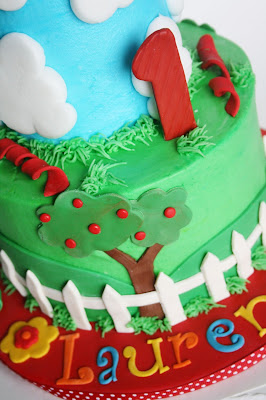 Lauren kept her 1st birthday party pretty small so they really didn't need a two tier cake.  BUT her mom loves the look of the two tier.  Sooooo, they ended up using the top tier as Lauren's smash cake and the bottom tier to serve to guests.  Perfect compromise!! 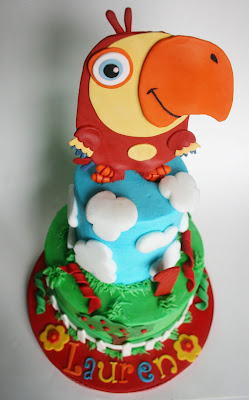