My loss is their gain...

But it still hurts!!! Ugh, I'm so frustrated!! I tried a new recipe tonight and apparently all my attention was focused on the recipe and not the preperation of the pans! :( I greased them, but obviously not well enough. :( 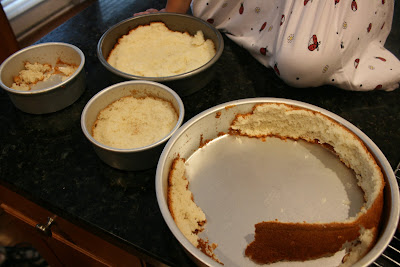 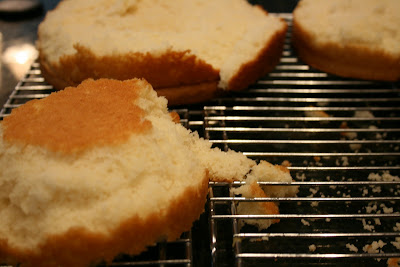 Anyone want to come over for cake balls?? lol


Moving on...I titled this post "My loss is their gain" because this mistake resulted in a great night for my girls (and Brian)!! They heard my frustration coming from the kitchen as I was trying to release these cakes, whining "Nooooooooooo!!" and of course they all came running in to see what was going on...

I just threw my hands in the air and said go for it, dig in!!!! (normally they don't get to even come near the cakes so this was certainly a treat!) 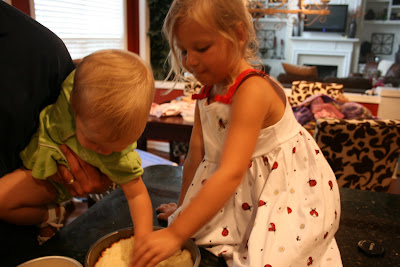 Frustration slowly melting away as Bailey gave me a BIG thank you smile and "yummy", two thumbs up review. (it may have stuck to the pan but atleast it was good! ;) 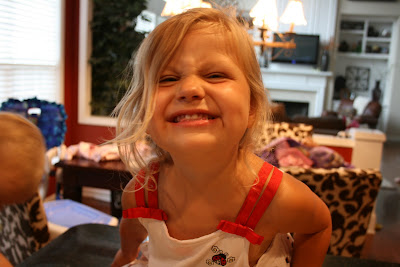 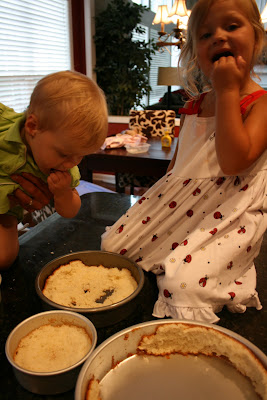 About 30 seconds after this last picture was taken I decided they'd probably had about enough cake. And boy oh boy, I thought I was frustrated!!! Our poor little Livie had a baby meltdown. She did NOT agree and felt very strongly about the fact that she didn't have enough.

Labels: And Everything Else